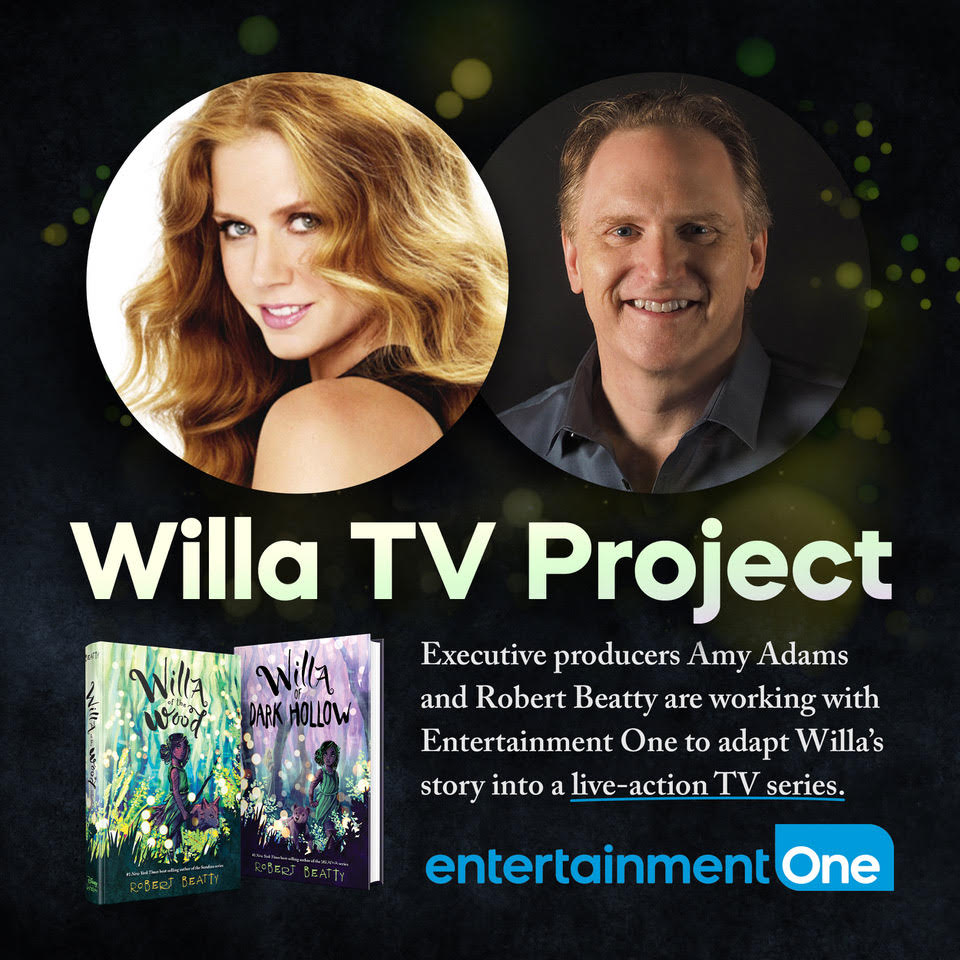 I’m thrilled to announce that Willa of the Wood and Willa of Dark Hollow are being adapted into a multi-season, live-action television series.

Entertainment One (eOne) is working with Amy Adams and her Bond Group Entertainment company to bring Willa’s world to the screen, and I’m so excited to be serving as an executive producer for the project. The television series will be geared toward family viewing, including older children and adults, just as the books themselves are. Script and concept development is underway. Filming location, casting, production dates, and distribution channels are still to be determined.

As I am sure most of you know, Amy Adams is a six-time Oscar nominee and two-time Golden Globe winner, acclaimed for her roles in the movies ”Enchanted,” “American Hustle,” “Vice,” and many others. She is also the star and executive producer of the HBO series “Sharp Objects.” In addition to the Willa series, her production company, Bond Group Entertainment, is currently developing adaptations of Barbara Kingsolver’s book “The Poisonwood Bible” and Claire Lombardo’s “The Most Fun We Ever Had.”

It’s an honor to have Willa’s story in such talented and experienced hands. It’s been a longtime dream to see my books adapted for the screen. Now, as an executive producer I’ll be able to play a role in that process, helping to bring Willa to life in a whole new way. In addition to the Willa series, I would love to bring the Serafina Series to the screen as well, but I don’t have specific news on that front that I can share at this time.

I’m sending my most heartfelt gratitude to all my Willa fans out there. Your support and enthusiasm for Willa have been overwhelming, and have made the Willa TV project possible.