Serafina and the Seven Stars

Serafina, the Guardian of Biltmore Estate, has won battle after battle against the dark forces encroaching on her home.

Serafina and the Black Cloak

Serafina and ally Braeden Vanderbilt must work together to solve a dark and dangerous mystery...

Serafina and the Twisted Staff

Serafina comes face-to-face with the evil infecting Biltmore—and discovered its reach is far greater than she’d ever imagined...

Serafina and the Splintered Heart

A mysterious threat moves toward Biltmore, a force without a name, bringing with it violent storms and flooding.

Willa of the Wood

A young night-spirit with the ancient powers of the forest within her...

The Serafina Series and Willa of the Wood are published by Disney Hyperion, a division of Disney Books and Disney Publishing Worldwide. The team at Disney Hyperion in New York has published many best-selling books for children, young adults, and adults, including Rick Riordan's Percy Jackson & the Olympians series and others. Disney Books also publishes Star Wars, Frozen, Maleficent, and other well-known franchises.

The Serafina Series is published by Egmont Publishing in the UK, Australian, New Zealand, and other Commonwealth countries.

Countries Around the World 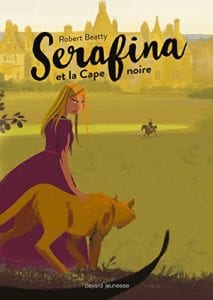 The Serafina Series has been translated into more than 22 languages and published by prestigious publishers around the world, including in Spanish, Italian, German, French, Romanian, Russian, Slovak, Czech, Greek, Mandarin Chinese, Polish, Hungarian, Dutch, Portuguese, and Turkish.

Willa of the Wood is also also in the process of being translated into many different languages and published around the world, with Greece and Germany leading the way.

If you are a foreign publisher interested in translating/publishing any of Robert Beatty's books, please contact his literary agent Bill Contardi (212-661-6474 or EMAIL) of the Brandt & Hochman Literary Agency in New York City. 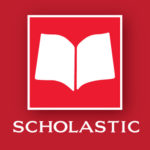